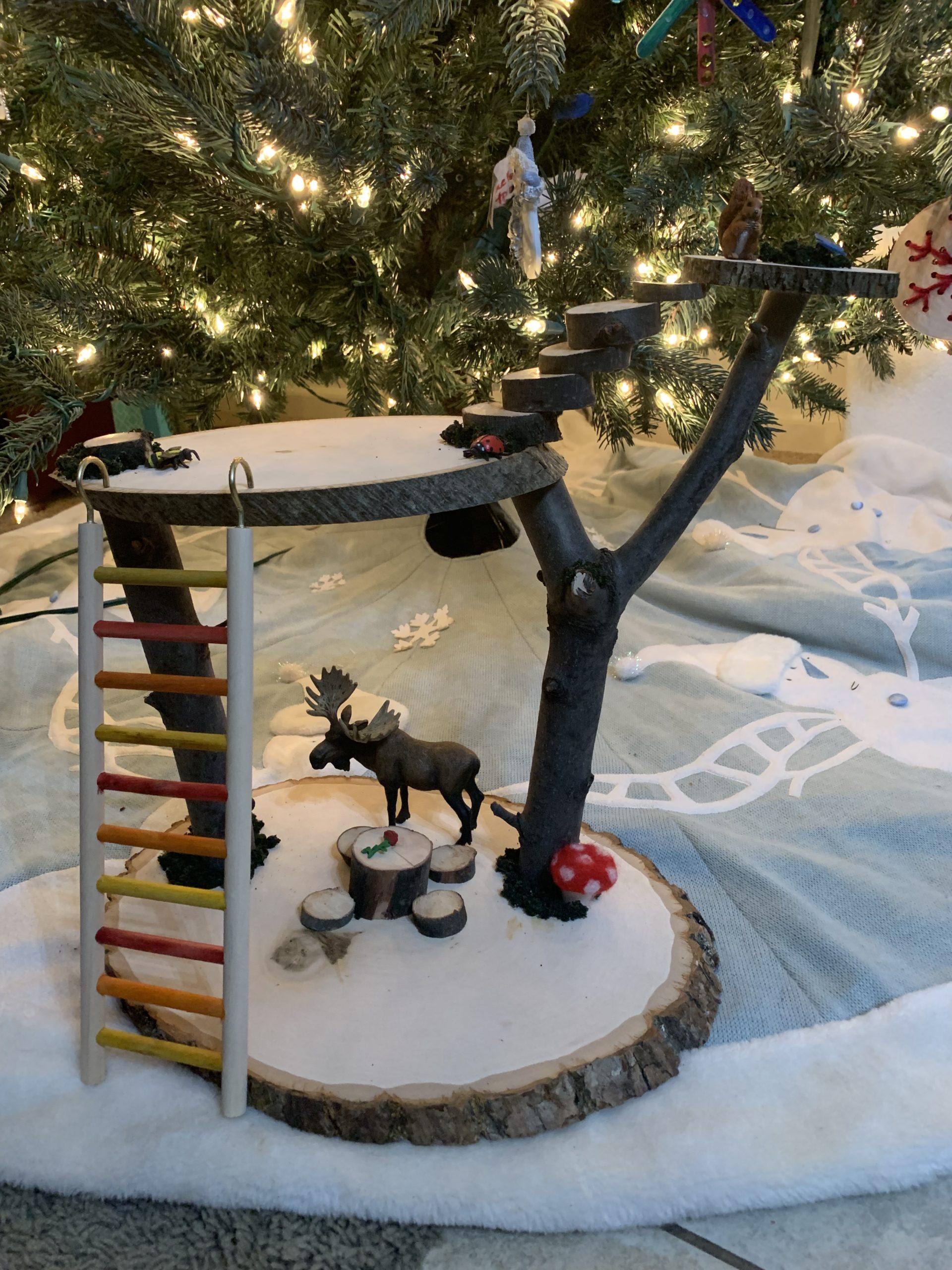 I was inspired by several Waldorf style fairy or woodland tree houses I’ve seen on Pinterest, and decided to make one for our almost 3 yr old for Christmas this year.

He has quite a collection of Schleich animals that he has acquired and I thought this would be such a fun and natural way to play with them.

I started with these flat wood pieces that I found at Hobby Lobby for each of the levels of the tree house. 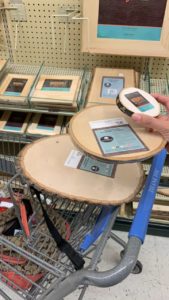 Next, a friend gave me a couple branches from a tree they had cut down. We had to let them dry a couple weeks, and by that time we were getting a little close to Christmas. It was crunch time, and it ended up a little more time consuming than we expected.

After buying a new sharp blade for our hacksaw, Justin cut the branches in all the spots I marked. Then began the really hard part of attaching.

Getting the branches level enough to attach to the bases was a challenge, and we used the electric sander and dremel to get it just how we needed it.

Then we used wood glue to hold the branches in place and then screwed the base to the branch. It should now be sturdy enough for play. 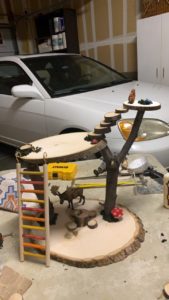 Next step was, literally, making the steps. Justin had cut quite a few small disc pieces and we just chose which ones would connect the 2nd and 3rd tiers at the right height. Then we wood glued one piece at a time giving it time to dry a bit before adding the next one.

I really wanted a small rope ladder and went to the hobby store to find one. They didn’t have it (although I did find a little bag of the fake greenery that came in handy later).

I had an idea ended up down the street at the pet store getting this parakeet ladder, which seemed odd but in a pinch definitely worked well. We left it unattached so he can move it around and place it anywhere he would like on the tree house. 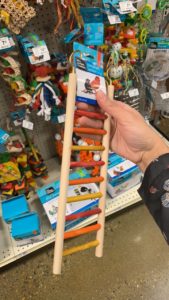 I had a small collection of rubber bugs left from his first birthday cake (lumberjack theme), so I attached the ladybug, butterfly, and ant. He has the rose and bumble bee still loose to move around and play. 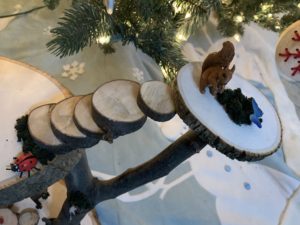 I hot glued the greenery around the tree trunks. The little wood table and chairs are loose for him to play as he wishes. I needle felted the little red toadstool from wool roving and attached it to the base of the tree. 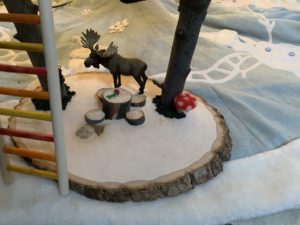 I’m super pleased with how it all turned out and he loved it which is what really matters! It definitely took much longer than the hour someone else had said they spent on their project!

This site uses Akismet to reduce spam. Learn how your comment data is processed.